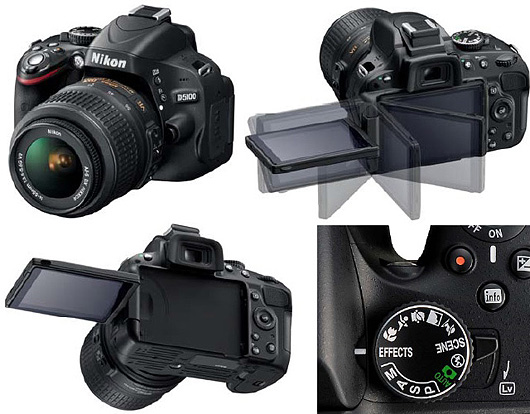 The arrival of the D5100 appears to signal the completion of Nikons refresh of its non-pro DSLR lineup. Nikon’s latest DSLR is official, the D5100, promising Full HD video recording, 16.2-megapixel stills, and fancy features like in-camera HDR photography, ISO 102,400 for extreme low-light shots, and effects like selective color sampling. The Nikon D5100 also gets the company’s EXPEED 2 engine, along with a vari-angle 3-inch monitor and 4fps continuous shooting.
It’s also smaller and lighter than the D5000 it replaces, despite borrowing the CMOS sensor from Nikon’s D7000. The standard F-mount means plenty of Nikon lenses to choose from, and it can record video at 24p, 25p or 30p in up to 1080p resolution. Storage is via SD/SDHC/SCXC memory card. Its feature set and pricing mean that it sits very comfortably between the beginner-friendly D3100 and the high-end D7000 – it’s clearly aimed to attract the attention of enthusiast photographers without cannibalizing sales of is sister models. A camera maker can judge the success of its market positioning by seeing how many people are wondering ‘which model is right for me?’ on discussion forums – and we think a D3100/D5100/D7000 progression would minimize such doubts. The official line is that the D90 maintains its position in the range, but both its naming and overlap with other models suggest that its role is now more one of historical interest than future significance.
There’s even a quiet shutter release mode, for when you don’t want to scare the children, and HDMI connectivity with support for being remotely-controlled by your TV’s remote. An optional $180 Stereo Microphone ME-1 can be used to reduce autofocus noise during video recording. Pricing will be around $900 for the Nikon D5100 body-only.

The D5100 is a smaller and (we think) more attractive camera than its predecessor the D5000. It is less bulbous, and closer to the D3100 and D7000 in terms of styling. The most significant design difference is the addition of a side-hinging LCD screen in the D5100, as opposed to the bulkier (and more awkward) bottom-hinged LCD used in the D5000. 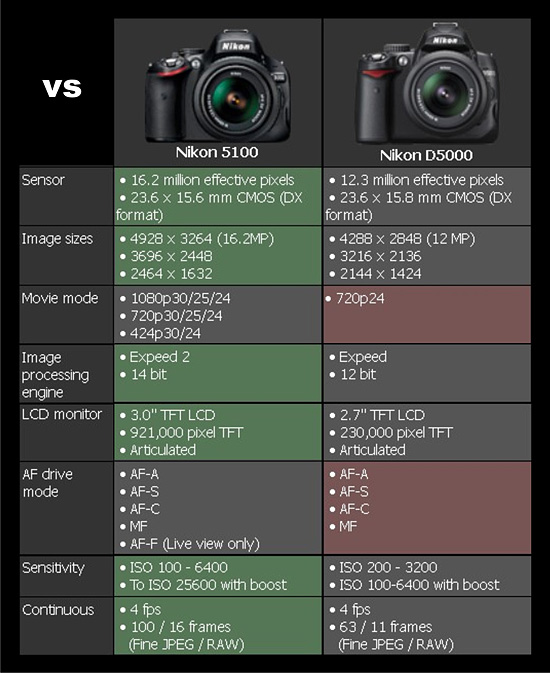