1.IMAGE RESOLUTION/MEGAPIXEL
After image sensor, the second most important thing is the image resolution. The bigger the pixel of an image, the better the detail captured. Commonly, image sensor with bigger size will have bigger image resolution as well, for instance, Sony Experia Z1 has a 20MP and Nokia Lumia 1020 has 41 MP resolutions. The smaller the pixel is, the fewer the detail of the image will be. Furthermore, the image will get shattered when it is cropped.

2.LENS
Usually the lens installed on the camera is width- fixed. It cannot zoom optically, so one cell phone is relatively the same with the others. The important thing in a lens is its F value and opening. The lower the number, the better the camera is. It means the larger the opening the more amount of light that can enter into the cell phone. 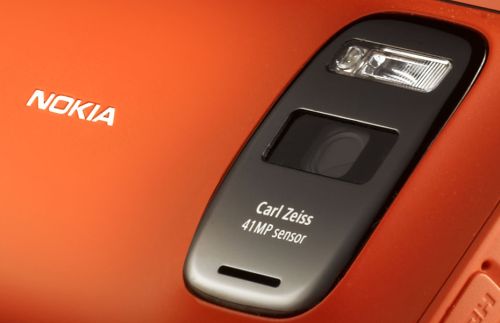 A phone with aperture size of F / 2.4 is considered as average. One with f/2 sized aperture or even bigger number is classified as large and good. Moreover, there are some brands that corporate with lens camera’s industries which are bloody good like Nokia that joined hands with Carl Zeizz for high class Smartphone lens.


3.STABILIZATION
Stabilization feature in a lens or a camera is important when you take images or record videos in a low light condition especially because little shakes or movement will make the image blurred.


4. MANUAL EXPOSURE CONTROL
Cameras that allow us to change the aperture setting, the shutter speed and ISO manually are certainly more fun and they give us more opportunities to take images creatively. some low-quality cell phones’ cameras can only perform auto mode , and the rest can only allow us to set one or two of the exposure parameters for example like Sony Experia Z. the more advanced and sophisticated ones like Nokia 1020 let us set all three parameters of the exposure manually .


5. BATTERY CAPACITY
Although not directly related to the quality of the resulted picture, a large battery capacity will absolutely support our hobby of taking pictures with a cell phone. It will give us more chances to take more images before we need to charge the battery again. 6. EXTERNAL MEMORY CARD
Saving images with bigger resolution (megapixels) in a cell phone will take much more space. If there is a slot for a memory card, we will not be bothered about the memory or storage inside the camera. We just need to insert external memory card like micro-SD to store the images.


7. FLASH
Choose a Smartphone with flash light facility in it. It is very important since the ability of a cell phone camera for recording in a low light condition is very limited. That is why the need of assistance of flash light is necessary. The most common one is LED flashlight but there are some cell phones that use xenon flash instead that commonly have bigger power. Here they are some important things you should consider before purchasing a cell phone with a good camera.