Amateur ghost hunter claimed to capture thousands and thousands photographs of spirits. Some of them appear like shadows and humans’ figures while the others look like the phenomena of orbs.


However, those scary photos were actually started from hoax photography created by a photographer. He was William H. Mumler, an amateur photographer who worked in New York and Boston that became the first one to claim his success capturing the first ever “spirit’s photograph” in 1861. He created more than a dozen of images until the next decade.

Before he started working as a spirit photographer, he worked as a jeweler. His daily job was to carve jewels or precious stones in Boston. In the beginning of 1860’s, William H. Mumler started developing techniques for dead people or spirit photography. Actually, the technique used for spirit photography is not a complicated one; it is usually called multiple exposures.


The first spirit photograph he was able to create was the image of his deceased cousin who died since 12 years ago. This photo was considered as the first spirit photograph captured by a camera. Not planning on wasting this chance, he turned his profession and became a photographer who specially took images of spirits. One of Mumler’s most famous photographs shows Mary Todd Lincoln with the spirit of her husband, the former president of the United State of America, Abraham Lincoln. Master Herrod and a spirit

However, his success was over when people started to realize that all his photographs were faked. He was taken to court for fraud charge and then he was finally released and found not guilty. However, the accusation of faking his photographs made people lost their trust on him which caused him to end his career as a spirit photographer and this tossed him to poverty.


The so claimed first spirit photographs were proven as the results of hoax photography, yet till date there are so many images of those kids that keep appearing. Along with the development of technology, spirit photography is still a complicated object which is difficult to understand and still becomes such a topic of debate for everyone. 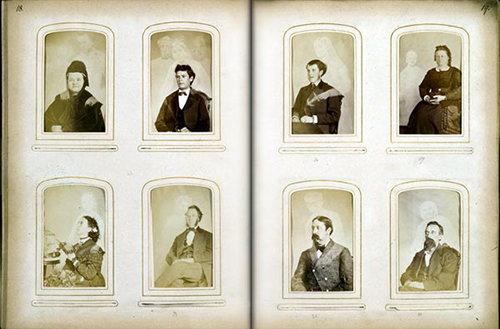