There’s a unique art style of photography during the Victorian era, the photography of the dead!


This photography styling is known as post-mortem photography and was very popular around the end of the 19th century. The main models of this art were human corpses whose families want to immortalize in the form of a photo, immortally dead in 2d format.


Before photographed, the corpses were positioned in a way that makes them look like they’re merely asleep. Family members would even sometime jump into the photo with the deceased, even as far as posing inside the casket with their passed loved one.


During that time, it was considered cheaper to take such photographs than to have a professional artist paint a portrait their recently deceased. But the popularity of this post-mortem photography diminished at the start of the 20th century when more advanced cameras allowed the general populace to photograph in the comforts of their own home.


One of the photographs shown in the gallery depicted a man with an empty stare, sitting on a chair. But the man’s stiff body posture gave away the fact that the man in the photograph was no longer among the living.


So, interested in resurrecting the dead art of post-mortem photography? 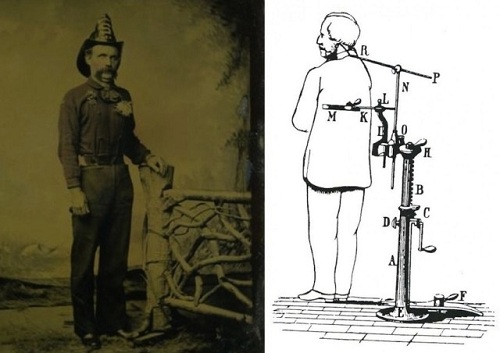