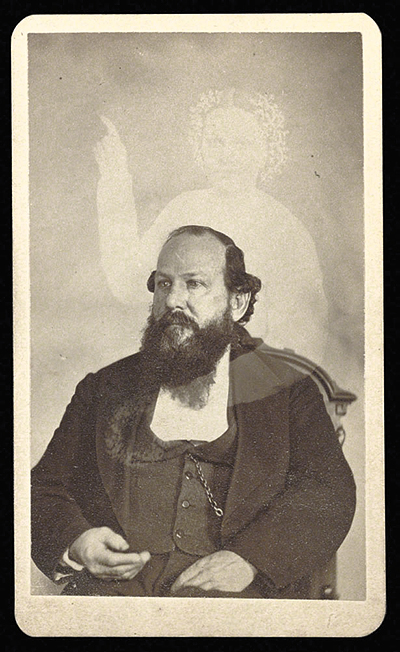 Amateur ghost hunter claimed to capture thousands and thousands photographs of spirits. Some of them appear like shadows and humans’ figures while the others look like the phenomena of orbs.

However, those scary photos were actually started from hoax photography created by a photographer. He was William H. Mumler, an amateur photographer who worked in New York and Boston that became the first one to claim his success capturing the first ever “spirit’s photograph” in 1861. He created more than a dozen of images until the next decade. END_OF_DOCUMENT_TOKEN_TO_BE_REPLACED

I’ve previously posted a story of Rusidah, the armless photographer. Now, there’s a more remarkable tale of a blind photographer. Without being able to see, he’s able to capture photographs. Hard to believe, I know, since photography is an art where sight is needed to produce and to enjoy its products. Well, here’s his tale.

The Greatest Photographers Along With Their Legendary Masterpieces

For some people, these names may sound unfamiliar. However, when you see their works or the images they created, you may say that you know them. For instance, when you see the “bliss” image with the carpet of lush green grapevine’s farm with a clear blue sky, you must know that it is the default […]

Camera: A History of Photography from Daguerreotype to Digital

Cameras, and what they capture, forever changed our perception of the world, and of ourselves. Few inventions have had the impact of this ingenious, elegant, and deceptively simple device. This gorgeous cornerstone volume, created in collaboration with the world-famous George Eastman House, celebrates the camera and the art of the photograph. It spans almost two […]

6 Reasons Why You Have to Buy External Flash

Photography is originated from Greek language, “photos” which literally means light and “graphein” which means drawing. In other words, it means drawing with light. Lighting is the most important part of photography and there will be times when you will need additional light sources. For example, pop-up flash (or flash featured in every camera), it […]

Seems impossible and improbable for a handicap of the arms region to be a photographer, isn’t it? A woman named Rusidah has defied the odds and became exactly that. Rusidah, an Indonesian woman, seems reluctant to discuss her arms. She was born with the handicap, in that she was born without arms. Now she could […]