This may be one of the frequently asked questions among photography enthusiasts. A more specific question would be one such as: “With a 70-200 mm, what’s the maximum distance can an object be from the lens?” This is a common question, and it must be clarified that lenses doesn’t have a maximum limit of distance. The limit is infinity. A more accurate question to ask would be: “What’s the maximum magnification level a 70-200 lens can achieve?” or maybe “What’s the magnification level does a 200mm lens have compared to normal eye sight?”


Now, the latter questions are much easier to answer because each type of lens has their own limitations when it comes to focal length. So if we were to photograph an object using a 70-200 mm with the object 10 meters away using the 70mm focal length, of course the outcome will be different than if were were to photograph the object using the 200mm focal length. All we need to do here is to divide the largest focal length with the shortest focal length the lens has. So the magnification level of an object at 200mm compared to at 70mm is: 200/70 = + 2.8 times magnified. The positive sign (+) indicates that the photograph is enlarged. So if the question were reversed, what’s the magnification level of a photograph at 70mm compared to at 200mm? The answer would be -2.8 times.


Take a look at the compact camera below: 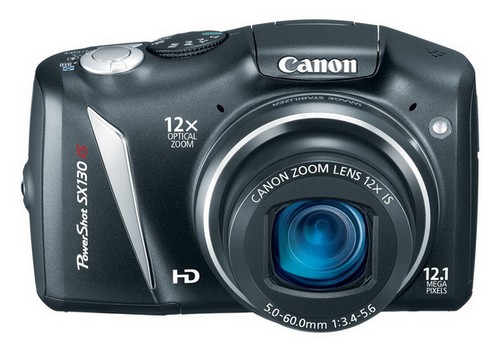 In the written specification, this camera has a 12x zoom. Now pay attention to the lens of the camera. It’s written on the lens that the lens has a focal length of 5.0mm – 60.0mm. So the 12x zoom is the largest zoom divided by the smallest zoom, or 60mm/5mm= 12.


To answer the 2nd question of how a 200mm compares to the human eye, we know that in photography the normal human eyesight is represented by the view a 50mm lens gives. Meaning that the image is not distorted when photographed using a 50mm lens. The 50mm is then used as the universal point. So the magnification of a 200mm lens when compared to a human eye is that of 200/50 which is +4 times magnification. How about a 10mm lens? When photographing using a 10mm lens, the resulting photograph will have a 50/10 or -5 magnification level. This means that the object will appear 5x smaller than if viewed from a human eye point of view.

One Response to “Understanding the Zoom Values of a Camera Lens”