– I want to create photographs with blurry backgrounds, how do I achieve such a feat?
Answer:
The trick to doing so has been previously discussed in this post.


– I’m using a kit lens and I’ve set the aperture to its widest exposure, how come the background isn’t blurry?
Answer:
Try positioning the object closer and the background further to and from the camera. Or try and set your lens at its longest focal length of 55mm.


– Why is it when I shoot photos at night my photos tend to come out rough and cracked?
Answer:
Check your camera’s settings. Most probably, you’ve been using the auto ISO mode. At night (when the lighting is dim), the camera will automatically set its ISO to the highest setting. This will cause noise to appear on your images. To prevent this, use the manual mode of the ISO settings. Use a low ISO setting; and if this causes your image to get blurry, use a flash as necessary.


– What’s the difference between ASA, ISO and DIN?
Answer:
ISO: International Standard Organization
ASA: American Standard Association
DIN: Deutsches Institut für Normung e.V. (DIN; in English, the German Institute for Standardization)
The three basically means the same thing. In the world of photography, they all indicate the value of the sensor’s sensitivity to light.


– Why does my photos turn out shaky and blurry when I shoot at night?
Answer:
This could be due to the low speed settings of your camera’s shutter speed. To avoid this, try increasing the value of your camera’s ISO settings. With the ISO increased, the sensor will be more sensitive to light, so the shutter speed can be accelerated. The upping of the ISO value, however, can also result in the increase of visible noise in your photos. A second solution to this problem would be to use some sort of flash (built-in, or better yet, external).


– Why is it when I use a flash, one half of my resulting photo is dark?
Answer:
This may be a result of the shutter’s speed exceeding the speed of the flash sync. Most DSLRs today have a flash sync speed of 1/200 second. This means that the flash can be optimally used if and when the shutter is within the maximum speed of 1/200 second. To be able to use speeds of more than 1/200 seconds, a flash is required to have a “high speed sync” feature, which enables the flash to sync with a camera at a speed setting of up to 1/8000 second. These types of flashes tend to be more expensive though. 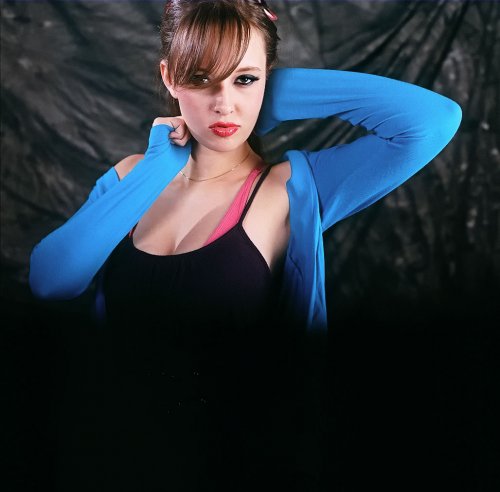 – I’m planning on buying an external flash, but I still don’t understand the GN (Guide Number) term on the flashes available in the market.
Answer:
A Guide Number is the value of optimal light power a flash illuminates an object. This GN value is derived from the value of its aperture multiplied by the maximum distance the flash can illuminate an object at an ISO setting of 100. For example, in a flash with a GN of 43; its distance of optimal light power can illuminate an object when a camera lens is configured at an aperture opening of f/5.6. You can then calculate the distance by dividing the GN of 43 with the aperture of f/5.6, which will result in the value of 7.6 meters.
The greater the GN of a flash, the farther it can illuminate its objects.


– How do I know when an external flash is a TTL Flash? How does it differ from a basic non-TTL external Flash?
Answer:
TTL (Through the Lens) Flash is an automatic-type flash with which the photographer can set their own flash beam power that the flash will emit via the parameters of the lens. This is why TTL Flashes can be optimally used when paired with digital lenses (not an analogue or manual focused lenses). With regular flashes (non TTL), photographers would need to manually set the value of flash beam power that the photographer would want the flash to emit.


– Why is it when I take photos using a telephoto lens, the photos I produce tend to blur or shake more easily than when I use a wide-type lens? What’s the solution to this problem?
Answer:
When you use a telephoto lens, a tiny shake can result in a shaky photograph. Conventional photography tips taught us that to get sharp images, we should try to use a shutter speed of twice the value of the lens’ focal length. So if were to use a 200mm lens, try setting the camera shutter speed to the value of 2×200, which is 1/400 second. People with a “steady hand” may be of exception to this rule. Another solution would be to use lenses with an “image stabilizer” or “vibration reduction” features. Also, you can also try using a tripod or a monopod to reduce shock. 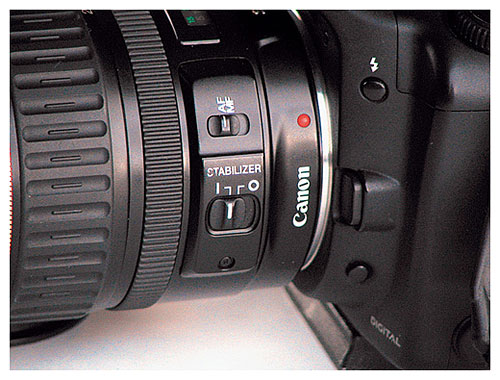 – I’ve been using lenses with an “image stabilizer” feature, and I’ve also mounted my camera on a tripod when I shoot photos, but how come my pictures still turn out blurry or shaky?
Answer:
If you use a lens with an “image stabilizer” feature, you would no longer need a tripod to take steady photographs when you switch this feature on. Or if you are using a tripod, make sure you turn off this feature first. Failing to do so will result in shaky photographs.

– On SD cards, what does class 4/5/6 indicate?
Answer:
For further explanations on this subject matter, please visit this post.


– Why is it when I record a video using my DSLR, the recording stops after a few seconds?
Answer:
This may be due to two problems. First, your SD card may not meet the camera’s standards. To record HD quality videos, for example, you will need a minimum of a class 6 category of SD cards. For a more detailed explanation, click here. Second, it is possible for you to record using a class 4 SD card. All you have to do is set the video recording to a low-resolution (non HD) setting.


– Nikon and Canon, which of the two is the superior brand?
Answer:
This is a question most often asked by beginners in the world of photography as they start to want to learn its craft. Which one is really better? Well, there really is no definite answer to this age-old question. It all depends on its users, really; “The man (or woman) behind the lens,” if you will. No one brand is better or worse than the other. Cameras are merely tools to an end, and without the photographers, these cameras will only be sitting in their drybox not producing anything. However high-tech or sophisticated a camera may be, if the user isn’t a master in its craft, they will no better produce a masterpiece as lower-end cameras.
Each brand has its own cult following though. And fanboys of either brand will tell you that their brand is most superior. Research for yourself, and see which one you decide will suit you better.


– So if I’m about to purchase a camera for the very first time, what are the things I should most consider?
Answer:
One thing to consider when buying a camera for the first time is the type of camera most of your friends, families, and partners mainly use. Buy a similar type of camera. Say if your family is primarily Canon users..then go ahead and buy a Canon. By doing this, you’ll be able to exchange accessories and it’ll also be easier for you to share the accumulated knowledge. Further tips on what to consider when buying a camera can be read here.