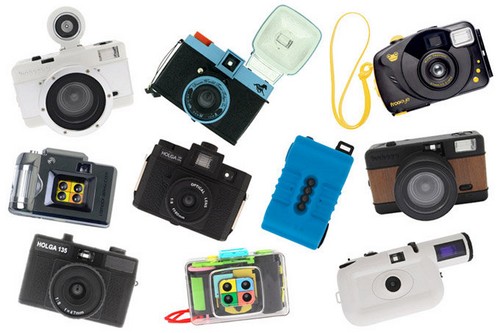 the history of lomography

Lomography is a part of analog photography that uses a specialized camera known as the LOMO camera. LOMO stands for “LeningradskoyeOptiko-MechanichesckoyeObyedinenie” (Leningrad Optical Mechanical Merger). The name comes from the name of the lens factory in St. Petersburg, Russia. The factory manufactures lenses for medical equipment (such as microscope lenses), tools of weaponry, and camera lenses. In Austria, this factory became the inspiration for a commercial trademark brand for products related to photography. This brand was called Lomographische AG. Lomographic cameras still uses analog film rolls, hence it being categorized as part of analog photography (unlike the common digital photography of today). People who enjoy Lomography and loves taking photographs using LOMO cameras are referred to as “lomographers.”


The LC-A lomo camera was the first mass-produced lomographic camera. The lomography era began when a man named MichailPanfilowitschPanfiloff examined a camera he received. Michail is one of the most important figures in the LOMO Russian Arms and Optical, which is a factory that manufactured weapons and optical instruments in the Soviet Union. The camera that caught his attention and interest was acquired from General Igor PetrwitschKornitzky, the confidant of Secretary of Defense and Industry of the Soviet Union. This camera was the Cosina CX-1, which originated from Japan. From the results of their examination and research conducted in 1982, they agreed to replicate and develop a similar camera design to be made available for the Uni Soviet public. This camera replica of the Japanese version was then named Lomo Kompakt Automat, or also known as the Lomo LC-A. Their goal of mass-producing this camera prototype was then achieved two years later. In the earlier production, the company produced 1100 units of cameras every month just for the Uni Soviet market. Not long after, these cameras were then exported to other communist countries such as the Ukraine, Poland, Czech Repubilc, and Cuba.


However, the production of these cameras gradually weakened until two students in Vienna, Austria later rediscovered it in 1991. These two students, Matthias Fiegl and Wolfgang Stranzinger, used these cameras to photograph the city of Prague in an unconventional way. They took as many photos as possible from unusual angles such as from the hip and through feet. They also reproduced similar types of cameras and sold them at a cheaper price. Lomography then began to rapidly grow in popularity after these two students heavily promoted it to friends, relatives, families, and passing strangers. A club for Lomography lovers was then formed in Vienna and was dubbed the LomographischeGesellschaft or “Lomography Community.” It was through this community that they successfully held lomography shows and exhibitions in large cities such as St. Petersburg, Vienna, Moscow, New York, Berlin, Havana, Zurich, Cologne, Madrid, Cairo, and Tokyo.


Due to the limited availability of these Lomo cameras during that time, Fiegl and Stranzinger decided to visit the LOMO factory in St. Petersburg. They then successfully convinced the head of the factory and the then deputy mayor of St. Petersburg, Vladimir Putin, to restart mass-production of the LC-A Lomo Cameras.