Have you ever felt like you’re in a condition where you’re in a great location, with great lighting, have a great photo composition, but still feel like your photos turn out empty? Like there’s something missing and it looks dead and shallow? Maybe you’re missing a certain element of life, however small it’ll appear on your photo. So what is such element?


The element you’re missing can be called your Point of Interest / POI of the photograph; an object that will grab the attention of its viewer. Many beginner photographers think that a POI has to be of an obviously dominant object of a photograph with a size larger than any other elements within a picture. But that’s not always the case. POI really is more about the level of interestingness the main object of the photograph has, no matter how big or small.


For more details, study the two photographs below: The first photograph without a distinct POI and the second with a POI of a person riding a bicycle incorporated within the frame. Though the POI is very small in size, it amps up the liveliness of the photograph.


So if you feel like your photos feel dead, shallow, or just plain blah, maybe it’s because of a missing POI element. Keep on exploring your possibilities, keep photographing, and don’t forget to add a POI in your photographs to add that special oomph to your work! Point of Interest in Composition 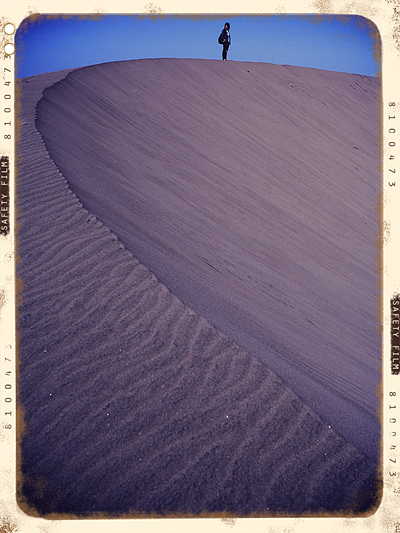 One Response to “Point of Interest in Photography : Small Objects with Big Impacts!”