What We Need to Know About Digital Camera Sensor 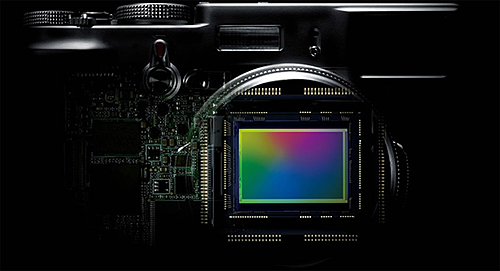 It can be said that sensor is the heart or the center of your camera. Image sensor plays a fundamental role in digital photography, so knowing and fully understanding the key character of sensor will be very helpful for you in photography when you deal with digital camera. What should we know about an image sensor? 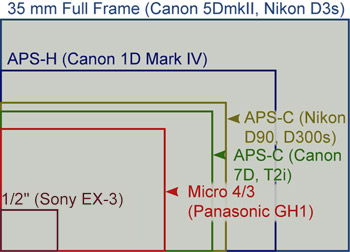 There are several sizes of an image sensor, one of them is full-frame which got the size as the same as film frame 35m. In photography, the knowledge on how important a sensor size is very vital. Why? Let’s see the following reasons:
– An image sensor’s size determines focal length of lens used in a camera.
– An image sensor’s size which is commonly bigger can result images with better quality, because it gets bigger pixel which results images with less noise.
– The bigger the sensor size, the more expensive its price can be. Cameras with bigger sensors will have bigger viewfinder as well.
– Big sized sensor presents narrower Depth of Field if it is compared to small sized sensor.


Full frame sensors can be found in semi-pro and pro camera with the same dimension as film frame 35 mm. the size of that resolution on full frame camera can be considered very high: Canon EOS-1Ds Mk III has 21.1 million pixels; Sony Alpha 900 has 24.6 megapixels, while Nikon D3x has 24.5 million pixel.


APS-H sensor is used in EOS-1D camera which is widely used by sport and wildlife photographers. It got great numbers of burst-shot which is higher than one on full frame sensor, yet without bargaining away the image quality. APS-C is the commonly used sensor size; you can find it in most of DSLR cameras’ entry level. A four-third sensor is the smallest sensor among all the other sensors. The following is sensor sizes’ list:


In the era of film, ISO (International Standard Organization) represents sensitivity level on film; this system is used in image sensor. The lower the ISO level, the lower the sensitivity sensor to light, and vice versa. However, it is important to remember that when you increase the ISO, the potential appearance of noise is higher, and this is absolutely undesired. There is a variety of range of ISO in every sensor but commonly it is in ISO range of 100-6400.
Some high-end cameras offer the lowest ISO up to 50 digits, and the maximum ISO up to 102.400, such high ISO is able to take shots at night. These days, most of cameras are featured with Noise Reduction.


If you have ever read or heard about the relation between image sensor and lens, you may think it sounds rather confusing, yet you will get used to it if you got some experiences. If you have two identical lenses which can be contacted on cameras with full frame sensor and APS-C, then you will see the results of different magnifications.


An image sensor is formed from millions pixel. The more the number of pixels in a sensor, the higher the resolution will be. The millions of pixel is written as megapixel, so a sensor of 12 millions of pixel will be written as 12 megapixel. Indeed, you may have hard that the larger the pixel dimension, the better the quality of the image, but that is not an entirely right statement. The larger the sensor is, the better the quality of image of any pixel. 12megapixel on a full frame sensor has better image quality compared to 12 megapixels on CX-format sensor.