The Greatest Photographers Along With Their Legendary Masterpieces For some people, these names may sound unfamiliar. However, when you see their works or the images they created, you may say that you know them. For instance, when you see the “bliss” image with the carpet of lush green grapevine’s farm with a clear blue sky, you must know that it is the default window XP wallpaper, yet some people may have no idea at all about who was the creator. Behind those phenomenal photos, there must be talented photographers. And who are those greatest photographers? Here are some of them: The first one is Kevin carter, his profession was originally a photojournalist from Johannesburg, South Africa. There were some works of his that made him gain popularity and most of them were in theme of humanity. One of them was entitled as Child Crawling towards a Food Camp. The image shows a black little child who crawled to get into the UN refugee camp. Behind the boy, a vulture is seen. This Kevin carter’s photo was taken in Sudan and successfully won Pulitzer Prize. Sadly, Kevin committed suicide several months after he received the award. The next one is Joe Rosenthal, a son of an American Jewish father who immortalized so many moments during the World War 2. Originally, he worked for Associated Press, but in 1945 he resigned and decided to be a photographer for San Francisco Chronicle. One of the most famous photos of his was the “raising the flag on Iwo Jima” photo. On that image, there was some American army who raised the American flag on the peak of Suribachi mountain. This image became very popular and had been reprinted for thousands times in various media publicity. A Pulitzer Prize was given to Joe for the image he created. Raising the flag on Iwo Jima by Joe Rosenthal 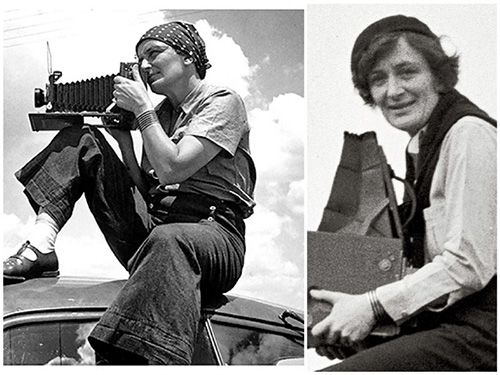 Dorothea Lange is a famous woman photographer from New Jersey, America. Her profession was a photojournalist. At the beginning, she was known as a regular photographer, but her name started to be known by public after she took a lot or photos taken during the depression era for a program of Farm Security Administration (FSA). Lange took images of the victims humanly and this really affected the development of documenter photography. The era of huge depression is also known as the era of malaise, the phenomenon of the declining economy drastically that happened almost all over the world. One of her best works was the “Migrant Mother” and a photo of a Japanese man’s shop in the US with a banner “I Am An American” written on it in the time of world war 2. 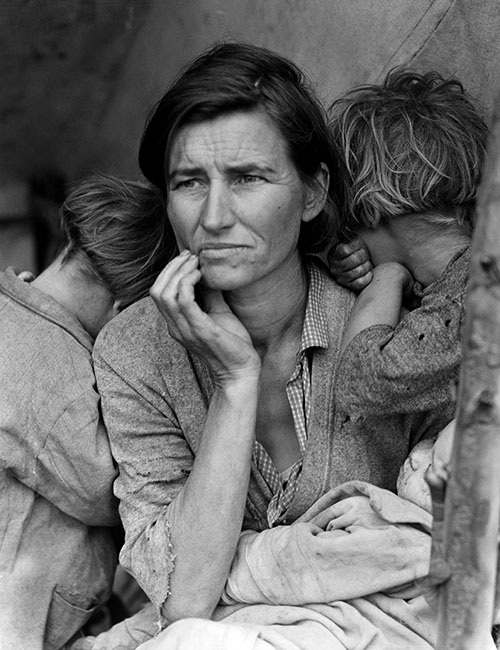 He was originally from Armenia, yet he was neither an outdoor photojournalist nor a photographer because his genre of work was portraits. Apart from that, his name was less famous but the people who were shot by him were famous people and the world figures. It is noted that some of them were Winston Churchill, Albert Einstein, The Queen Elizabeth II and John F. Kennedy who was particularly shot by Karsh in portrait style. Indeed, he always took the portrait photos only yet they got a lot of stories in them and more understandable more than other people’s works. Every image of famous figure’s styles was created according to the characters and impressions of that person. Still from the 20th century, it is Ansel Adams who was active in environmental champagne. Adams took a lot of black and white images with landscapes in west America as the object, some of them include Yosemite national park. One of his famous works is the “Moonrise, Hernandez, New Mexico”. His unique specialty was the use of big format camera. Apart from that, he was also known as the person who developed “zone system” as the way of adjusting the right exposure and the contrast of the resulted prints. Do you remember the bliss wallpaper as the default computer wallpaper of Microsoft’s Windows XP operating system? It is the image of a rolling green hill in Sonoma area, Napa valley California. That photo was taken by a professional photographer called Charles O rear. Before, he was a photographer who worked for national geography magazine. The image of this grapevine farm was the second image with the most expensive license that was bought by Microsoft Company. Unfortunately, O Rear refused to mention the big nominal he received.