The First “Selfie” Ever Taken Even Superman does selfies

Just last year, Oxford Dictionary dubbed the word “selfie” as the 2013 Word of the Year. A selfie, as many of you probably know, is a photograph taken of him/herself and usually taken using a smartphone camera of a webcam and then uploaded onto social media. Selfies are a fairly new trend, but did you know that selfies have existed far in the past, way before smarphones and digital cameras were invented?

It was a chemist interested in photography named Robert Cornelius of Philadelphia who took the first ever selfie in 1839. Because back then there wasn’t things called a shutter time and wireless remotes, he took his first selfie by opening the lens cap and then quickly ran to his position to have his picture taken. He then sat still for one minute and ran back to the camera to seal the lens cap. On the back of the photo he wrote “The first light picture ever taken, 1839” 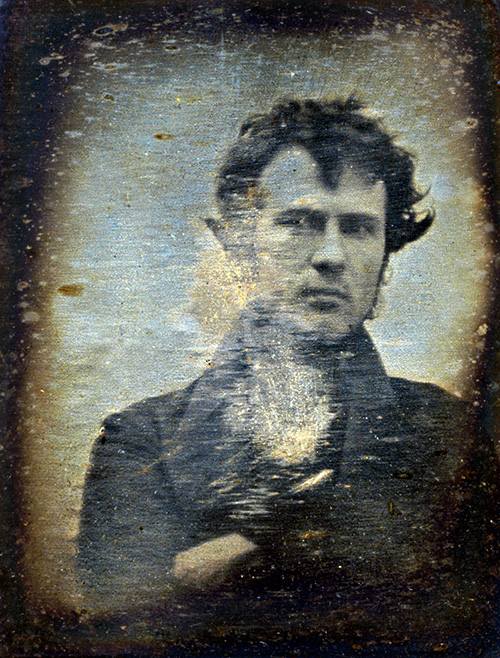 In the 1900’s, selfies have garnered the interest of ladies. A woman in the Edwardian era (during the rule of King Edward VII), in the Alps, took a selfie leaning next to her boxy camera while wrapped in her flowy motif gown. To reflect herself onto the photograph, she shot photographer herself in front of a big mirror. And seen from the photo are also frames of family photographs placed next to the mirror. And the mirror selfie was born. And now, our modern days, selfie has become somewhat of a phenomenon. All walks of life has done it and continue to do it; even Hollywood celebrities are in on the trend.