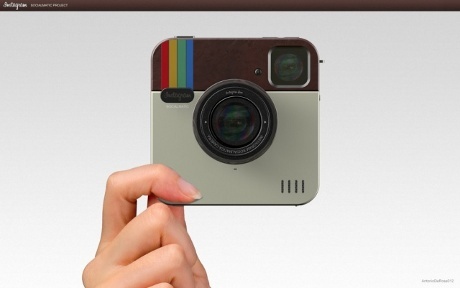 Who doesn’t know instagram these days? This photo-processing app is installed in almost every smart phone all over the world. The way it works is simple. This app adds various filters (most of which are vintage-inspired) on photos taken with the phone’s camera, then it uploads it onto its built-in social website. It’s for certain that the results differ between smart phones, because the camera quality differs with each brand and model. But what if instagram has its own camera and no longer just an app in a smart phone?


It was ADR studio that started up the discussion in the photography world of a camera concept for instagram. And now the most recent news mentions that the designer behind the concept will actually make it into reality.


To make this into reality, Antonio De Rosa (the designer) held a fundraiser. De Rosa hopes that through his campaign called Indiegogo he’ll be able to collect the $50,000 that he needs to produce the device. This Italian design promises those who participate that they’ll receive special discounts once the camera is available in the market. It’s estimated that it will have a price tag of less than USD 350. A price that’s not to steep, equivalent to the prices of compact cameras today.


The Socialmatic Instagram invites user to take photos, apply filters, and print them instantly in one device. Each photo will be equipped with an instagram account name of the photographer.


According to the concept, the camera will also be equipped with two lenses, as well as a WiFI and Bluetooth capability. To make the design stand out, the designer incorporated the infamous instagram logo as the device’s shape and exterior.


At a glance, the design concept for the instagram camera resembles the shape of the iPhone, the first smart phone to run this app. The specifications of the Instagram Socialmatic camera as is written in the ADR site is as such:

“I’m sure there’s a market for this,” says DeRosa being optimistic. It’s a very interesting concept. We’ll just have to wait and see if it’ll actually reach the store shelves. 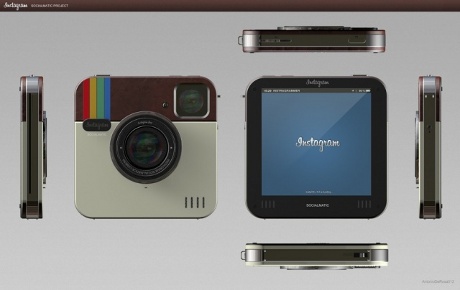 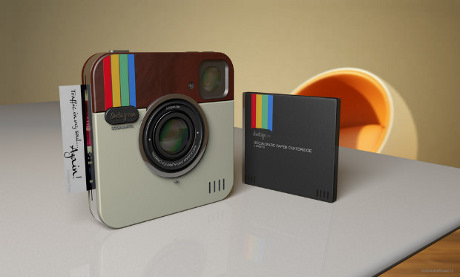 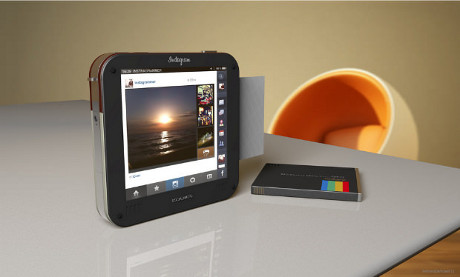