1.A name usually means something, but the name Kodak really doesn’t mean anything. This name was chosen because it was deemed impossible to pronounce and doesn’t resemble any existing word.


2.George Easteman says that K was his favorite letter and he wanted to incorporate that into the name of the company. “A trademark should be short and not mean anything,” he says.


3.The founder of Kodak, George Eastman, who was also a photographer patented the storing of in rolls in 1884.


5.Kodak was the first company to create a digital camera. Engineer Steven Sasson created a 3.6 kg device which stores photos in cassette tape. This device has the resolution of 0.01 MP.


6.Who doesn’t know the famous portrait of Sharbat Gula titled “the Afghan Girl” that became the cover of an issue of National Geographic? The photographer, Steve McCurry, photographed that image using a Kodachrome film.


7.Apple released a digital camera in 1994 that they named the QuickTake. That product was actually designed by Kodak.


8.The presence of WiFi in a digital camera has become more common. But Kodak first launched the EasyShare-One digital camera that’s equipped with WiFi capabilities that allowed photographer to email their photographs back in 2005. 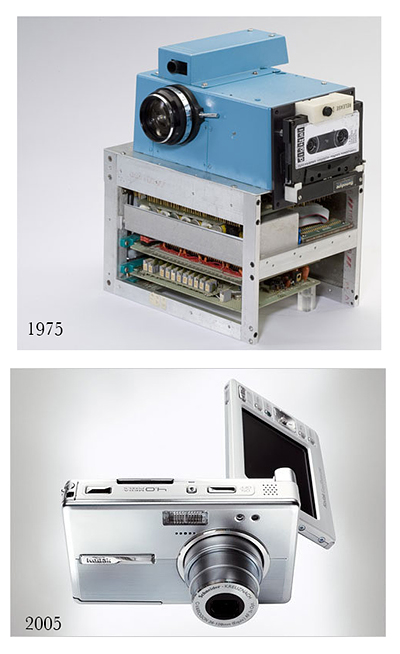 9.Kodak cameras were first released in 1988 with the slogan “You press the button, we do the rest.” Back then, the camera was sold for 25 USD.


As pioneers in the photography universe, Eastman Kodak Co. has to swallow the bitter truth of their failure to adapt to the digital age. Now, after stopping production of their cameras and changing focus of their business, Kodak has to do all they can to squirm out of bankruptcy.