Questions concerning Shutter Counts often arise in forum conversations or discussions among beginner photographers. DSLRs, which eliminate the need for film rolls, are often deemed limitless in its usage. Photograph at will, examine results, and if not satisfactory, a simple push of the delete.
Without even a thought, the user may have photographed thousands of times in mere moments. This may be okay if the user is still at the initial learning stage, but should not be done continuously. This is because the DSLR has a shutter count limit that will have an impact on the expiration of the DSLR unit.
As stated in the title, the DSLR camera’s shutter is still the same as that on analog SLR cameras. Though controlled electronically, the DSLR’s still has a mechanical shutter that opens and closes with each photograph taken.


This shutter movement is what causes the distinctive shutter sound a DSLR camera emits when photographing. Many do not know that if used continuously, it will sooner or later reach its expiration date of usability (jammed or malfunctions). Users commonly get trigger-happy when they first purchase a DSLR camera and are then surprised when they discover that their shutter count has a limit. They may then regret the useless photographs they’ve squandered in the past.


There are several ways to maintain the Shutter unit to prolong functionality. Some of these include:


– Do not press the shutter button too often to take pointless photographs.


– Use burst shots wisely. Prolonged usage of burst shooting will shorten the DSLR unit’s age because the shutter works harder in this mode.


– Avoid accelerated impacts on cameras, such as dropping the DSLR units or bumping it against something hard.


The following are examples of photographs that shows symptoms of damaged shutter units. 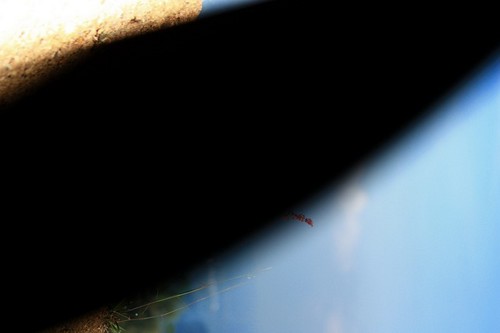 Evident in the photograph as shadows covering areas of the photo, these shadows are caused by the shutter not returning to its proper position after triggered. If this happens, there is not much else to do but to bring the damaged DSLR to a certified service center. And it is also unadvised to personally disassemble a camera unit without proper technical skills. The slightest mistake can make the DSLR have zero functionality.