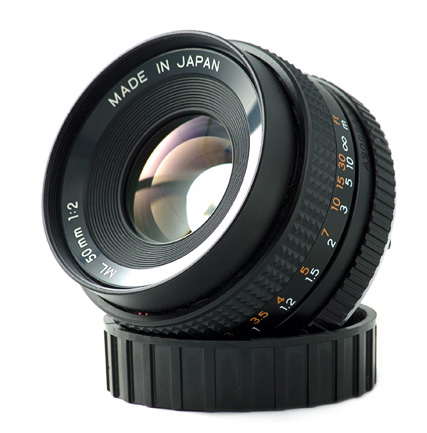 Focal length of 50mm is popular because the field of view that’s in focus is approximately what you see in the real world. There is no distortion of space like in ultra wide angle lens, and it is not compressed like telephoto lens.Therefore, focal length of 50mm is also an honest lens. Because it does not distort the reality.

When we buy our DSLRs, chances are that we mostly shoot and grow with using just the kit lens provided for us by the manufacturerers. What some of us DSLR users don’t realize until we’ve grown enough is just how wondrous and useful a good 50mm lens with a wide aperture is. I’ve blogged before about learning on different lenses, but the 50mm is the one lens every photographer should have in their bag. If you havent’ got a 50mm lens or if you have one and don’t seem to cherish it that much, here are reasons why everyone should go out and shoot with just your little 50mm gem. 1. The Field of Vision is Close to the Human Eye
Almost all lenses introduce some form of distortion. For example, telephoto lenses “telescope” the depth of a scene so the distances between the foreground and background objects is lessened, and the distortion of a so-called “fish-eye” lens is self-explanatory. This is not the case with a 50mm lens; it causes a minimum of distortion because it maintains the perspective of a bystander who simply views the scene through his own unaided eyes. So anytime you want to photograph a scene the way an observer would actually see it, a 50mm lens is a good choice.
50mm lenses mimic the field of the human eye and therefore will translate into your photos. This is partially why they are called, “normal lenses.” Also referred to as standard, when combined with good photographic techniques it can make people feel more as if they are actually in the moment you are capturing.


2. Better glass
You may often hear professional photographers discussing the quality of their “glass”. Think of the term “glass” as a general reference for the lens in it’s entirety. Essentially, photographers take many things into consideration when choosing lenses including but not limited to; speed, optics, and price. The optics of a 50mm lens are often times much better than a comparably priced zoom lens. It’s really just a matter of manufacturing costs. The more moving parts there are to a lens the more expensive it is to make. Prime lenses have much fewer moving parts than zoom lenses so the lens manufacturers can use better optics (sharper images) and offer lower prices.


3. They’re Fairly Cheap
For the most part, 50mm lenses are cheap. A Canon 50mm F1.8 lens can be had for around $100. If you’re going for the higher-grade ones, then expect to dish out a couple hundred dollars or more depending on the brand and availability: the highly sought-after Panasonic/Leica 25mm F1.4 lens for four-thirds users isn’t far from $1,000. In general, all you really need is one that is around F1.8 as that aperture is wide enough for most uses and you may even find yourself closing that up at times. If you can get that level of depth of field for that cheap in order to single out your subjects in your photos, why not go for it?


Note: Most digital SLR cameras in the market (exception for full frame DSLR camera), are crop sensor. Canon has 1.6X crop factor. Nikon, Pentax and Sony has 1.5X, and Olympus has 2X. So if you need to multiply the lens focal lenght to the crop factor to know the true focal length. For example, if you mount a 30mm lens on Canon DSLR such as 40D or XSi, then it is actually equivalent to (30 X 1.6 = 48mm) in full frame 35mm film SLR.

8 Responses to “Best DSLR Lens : 50mm Lens Is The Must Have Lens In Your Camera Bag”