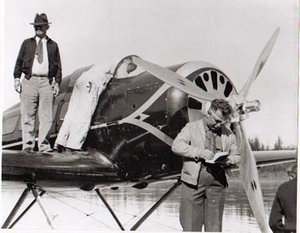 
Wiley Post was the first solo pilot to have flown around the world along with his best friend Will Rogers, who were also both a famous comedian and social commentator. This photograph (Will on the left standing on the plane’s wing sporting a tie and a hat) was taken on August 15, 1935, before their aircraft took off from Alaska. Once the aircraft was airport, with the land crew witnessing, the aircraft blew up due to engine failure and instantly killed them both. The airfield in Alaska where the incident occur is now named Wiley Post – Will Rogers Memorial Airport. 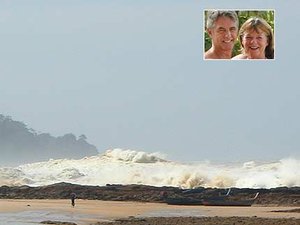 
In January 13, 2005, two bodies of a Canadia couple were found on the coast of Thailand. They were both victims of the massive tsunami that struck Southeast Asia in December 26, 2004 that killed many. A week after, a Seattle American officer evacuating the tsunami victims found a broken digital camera and saved the memory card. The officer looked though the photos and saw that the last photo of their vacation photographs show a massive wave minutes before it struck them that dated 8:30 AM December 26. The officer that found said camera spread the photos over the internet as a missing person report. Once someone recognized them, he sent the photos to their surviving children in Vancouver, Canada.


The photograph above is the last known photograph taken of the physicist Albert Einstein that was taken on March 1955. There aren’t much details conveyed in this photo, but it’s probably taken near his home in Princeton. A month later, on April 17, 1955, Enstein suffered an internal bleeding caused by an aortic rupture aneurysm; which was previously accurately diagnosed. He went to the hospital and took his speech’s concept he was preparing for a television appearance commemorating the State of Israel’s seventh. Unfortunately, he did not live long enough to finish it. The next day, Einstein died at the age of 76.
Einstein’s brain was taken out a few seconds before his death (without the permission of his family) and in the future, neuroscientists hope to discover what made Einstein a genius. 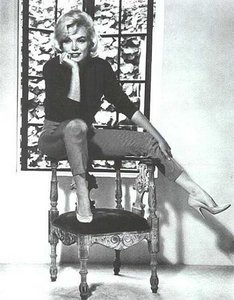 
Many believe that it was celebrity photographer George Barris that took the last photograph of Maylin Monroe before her tragic death. Though in reality, it was actually photographer Allan Grant for Life Magazine. The photographs taken July 7, 1962 were shot during her interview in her home. Six photos were published on Life Magazine, including one taken of her discussing something. A month later, on August 5, 1962, the LAPD received a report at 4:25 AM from a Dr. Hyman Engelberg of how Marilyn Monroe had died in her Brentwood LA home.
The official cause of death was a case of sleeping pills poisoning, and is also noted as a possible suicide. There are still many unanswered quites about the exact situation and condition of her death and of the time Monroe’s body was discovered. Life Magazine interviewed Monroe on August 3, 1962, just 2 days before she died. 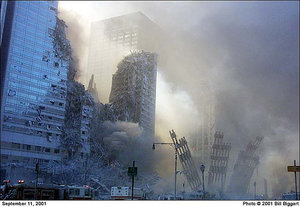 
Photojournalist Bill Bigart has captured images of the World Trade Center on 9/11 and died tragically on site. Four days later, when his body was found beside his badly damaged camera, the findings were immediately given to his widowed wife. Amazingly, the memory card in the camera was still in tact and is filled with 150 photos of the WTC, including the last photo above taken at 10:28. The two towers collapsed 2 minutes later, at 10:30 AM.
When his wife called his cellphone after the first tower collapsed, Bigart calmly said “Don’t worry, I’ll be at the studio in 20 minutes. I’m safe.” This was the last conversation with her husband before his tragic death 20 minutes later.