Archive for the ‘Wedding Photography’ Category 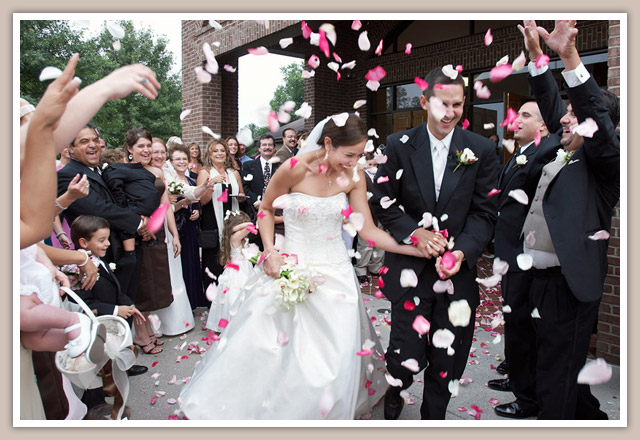 Sooner or later, you will be invited to photograph the wedding of a friend or family member. After all, you have one of those cameras, professional-looking, so you should know what you’re doing, right?

Photographing weddings can be daunting, especially if this is your first. As the bride and groom, you may be facing its own pre-wedding jitters. So what helps? First, stop worrying so much and follow these tips to wedding photography and you will do this through: END_OF_DOCUMENT_TOKEN_TO_BE_REPLACED How to Determining Your Pre Wedding Photo Shoot Themes

It’s quite simple to find inspirations for constructing an interesting set of pre wedding photography to display during your wedding reception. Location, atmosphere, and costume can be chosen to support the theme that both of you can relate to. The following are a few guidelines to determining that perfect theme for your special day:

1. Personal Memory Photo Theme
One great idea is to have a photo shoot commemorating a special day in the past that celebrated your love. An easy example would be recreating the day that you guys met. It will surely make for some gorgeous photographs that will always be special for decades to come. END_OF_DOCUMENT_TOKEN_TO_BE_REPLACED

Artist/Photographer Lucy Martin is a photographer based in Oxfordshire who has built an online reputation on Roundographs: full 360° views displayed in a circle. Her work is awe-inspiring to say the least. Check out these experimental shots! What a great idea! END_OF_DOCUMENT_TOKEN_TO_BE_REPLACED .
Articles, Wedding Photography The woman could only weep in agony letting people to watch their fight like a scene from a movie. There were some people who took pity on her and helped the woman leaving that place to calm herself.
END_OF_DOCUMENT_TOKEN_TO_BE_REPLACED .
Articles, Wedding Photography

Wedding Photography From a Photographer’s Point of View

Below is a behind-the-scenes video depicting the work process of a wedding photographer named Jaroslav Repta. He mounted a GoPro camera on his DSLR using a custom-made bracket. The result is a video where we’re able to see, in first person, the inner workings of what it takes to work as a wedding photographer. Through this video, you can learn how to capture those wedding moments in the point of view of a professional photographer. END_OF_DOCUMENT_TOKEN_TO_BE_REPLACED .
Portrait Photography, Video, Wedding Photography

Understanding the “Image Stabilizer” Function of a DSLR

One thing that is now often found on new generation digital cameras is the “Image Stabilizer.” Panasonic names this feature with the term “Mega OIS,” Canon with the term “Image Stabilizer/IS,” Pentax with “Anti Shake/AS,” Nikon with “Vibration Reduction/VR,” and Sony with “Super Steady Shot.” Other brands such as Olympus, Kodak, and Fuji soon follow […]

1. Wiley Post & Will Rogers Wiley Post was the first solo pilot to have flown around the world along with his best friend Will Rogers, who were also both a famous comedian and social commentator. This photograph (Will on the left standing on the plane’s wing sporting a tie and a hat) was taken […]

Photoshop has gone too far!

Nowadays, digital imaging becomes more common since the heaps of photo processing software thrived, which adequate to support the photographers manipulating their capture easily. However, these sophisticated things have been debating through photographers due to the process result was considerably different from the original, which us known that this could lead fall under public deception.

The term, fisheye, first mentioned in 1906 by a physician and inventor called Robert W. Wood based on the point of view of a fish inside the water. The practical use started in 1920 in the field of meteorology to study the formation of cloud which was called “whole-sky” lens. The angle from fisheye lens […]