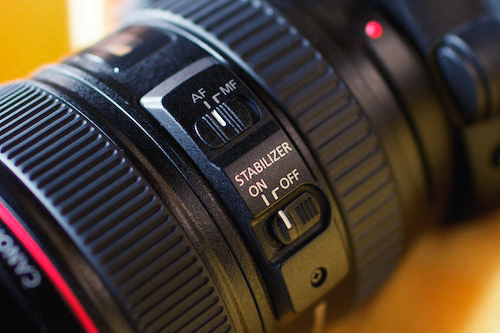 Panasonic calls it “the Mega OIS” and you will find this feature in all series of this camera brand. Meanwhile, canon completes some of their new launched cameras with this image stabilizer/IS, Pentax and Anti Shake/AS, Nikon with Vibration Reduction/VR and Sony with Super Steady Shot. Following behind, there are Olympus, Kodak and Fuji that also choose to take this stabilizer feature as well. Let’s us get to know this feature more. END_OF_DOCUMENT_TOKEN_TO_BE_REPLACED

Great images start with great Lenses and, in many ways, an SLR is defined by the quality, breadth and scope of its associated system of Lenses. For many, Canon EF/EF-S Lenses alone are reason enough to choose the EOS System. A unique blend of the world’s most advanced optical, microelectronic, and precision manufacturing technologies, the […]

Photography Tips: How to Safely Travel with your DSLR & Photography Gear

Traveling and photography are inseparable. Traveling is a way to grow as a photographer. And if you own a DSLR, you mostly likely want it to be your companion throughout your journey. But due to its larger size and the more fragile lenses attached to it, storing DSLRs require more care than the average point-and-shoot […]

Generally, when people choose a lens, they seldom consider the amount of blades in the lens’ aperture. But in fact, the amount of blades is very very important if your photography interests include photographing elements of light or the sun and love achieving that star effect. The difference in aperture settings doesn’t only affect the […]

As a photographer, especially as a beginner, you’ve most likely encountered the following questions. Or maybe even you yourself still ask these questions, and they still go unanswered. 1. What’s the best camera brand? 2. Which camera best suits for amateur? 3. How long does it take to master photography when you’re starting from zero? […]