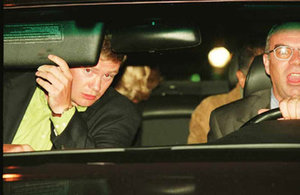 END_OF_DOCUMENT_TOKEN_TO_BE_REPLACED

You’ll want to remember every part of your big day. Print this list for your wedding planner. Feel free to personalize this list with your own special requests.

Photography business, what are the opportunities?

Some people think that a photography business is a business based on capital, easily calculated by the total assets owned by the photographer, and expensive when it comes to studio and professional photography equipment. But now that paradigm has shifted, the digital age has carried with it a great change in the development of photography. […]

Chase Jarvis is a well-known photographer in the fields of commercial, fashion, and model photography. He is an American stationed in Seattle, Washington. Aside from photography, he is also known as a beacon in the internet world for making and posting free photography tutorial and tips for those looking to learning the craft. His videos […]