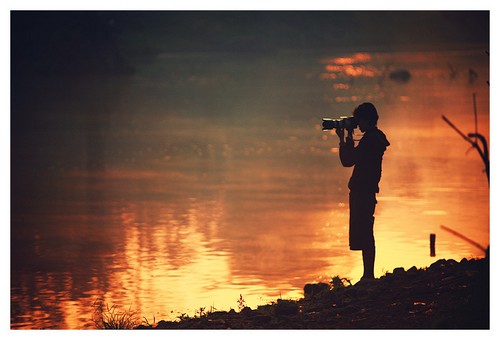 Then did they never stray from their respective styles and were they always photographing those same things? END_OF_DOCUMENT_TOKEN_TO_BE_REPLACED .
Articles, Beginner's Guide to Photography

Many beginner photographers think that a good photo can only be obtained by using a sharp lens that produces sharpness right to the edge of the frame. There’s truth in that, but it’s not always so. A sharp image without a sharp message doesn’t amount to much of a photograph. What would make a better […]

How to Make a Sunrise look like a Sunset, or Vice Versa

Photos of sunrise and sunsets are two photos with distinctly different features. But did you know that the two are different only because of the different light ambiance? Take a look at the two above photos. The one at the top has a yellowish hue, creating a warm sense of dusk. The bottom photo, on […]

There is no doubt that great photos require a skilled and talented photographer to shoot them. Both skill and talent help photographers to correctly implement a scene’s elements such as light, shadow, composition and objects to create an amazing photo.Of all the various subjects, people reliably make the best photographs. Nothing is more fascinating to […]

In computing, JPEG is a commonly used method of lossy compression for digital photography (image).It is the most common image file type captured by digital cameras, from standard point-and-shoot to DSLRs, and it provides easy compatibility with desktop software and Internet upload sites. The term “JPEG” is an acronym for the Joint Photographic Experts Group […]